Limits and Beyond: 50 years on from The Limits to Growth, what did we learn and what’s next? 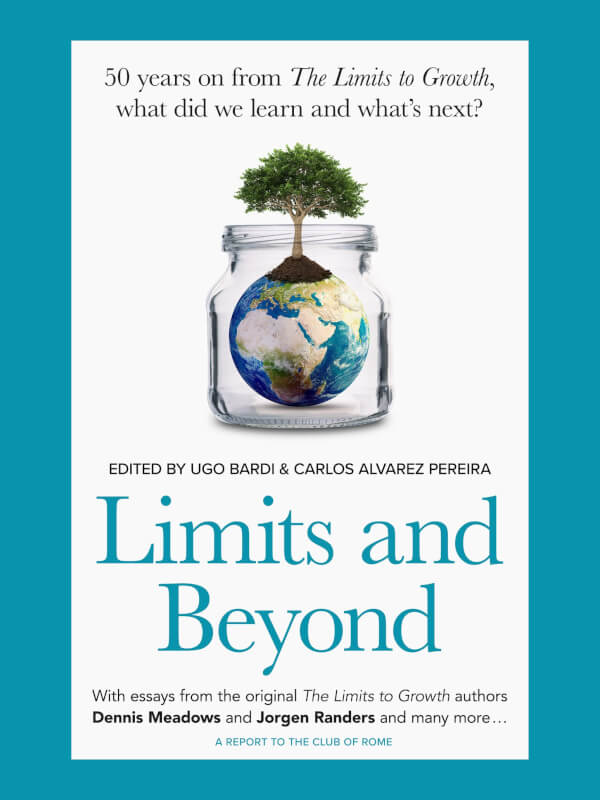 The Club of Rome commissioned a report that shifted how we see what humans are doing to the planet. Looking back five decades later, what happened next, what did  we do and not do, what did we learn, and what happens now?

In The Limits to Growth, a team from MIT studied the way humans were using the resources of the earth. Using sophisticated computer modelling, the researchers developed scenarios to map out possible paths for humanity, the global economy and the impact on the planet.

Were their models right? What did the rest of the world do about it?

Now, in 2022, the Club of Rome have brought two of the original authors from the 1972 book, Dennis Meadows and Jorgen Randers, along with an array of other world renowned thinkers, scientists, analysts and economists from across the globe to answer these questions and grapple with the most acute issue of our time.

In the first section, “Echoes of a Great Book”, Ugo Bardi sets the scene with an in-depth examination of the original report and the effect it has had on how we might think about what humanity is doing to the world.

Jorgen Randers and Dennis Meadows then ask what the first book actually said and answer the most common questions that people ask about the book and progress since. Further explorations of the impact and consequences of the ground-breaking original book follow.

Next, in the “Still the Economy, But What Kind?” section, the contributors examine the economic ideas that have informed and arisen from The Limits to Growth in the following decades and critique those assumptions and notions. They ask what must change if we are to stay within the limits set by nature.

In the “New Lenses for a Different Future” section, thinkers from continents and cultures across the globe expand on their unique experiences of acting in and observing a world that may use all its resources before we wake up and act.

The “Did We Learn? Will We?” section ponders where we go from here. Has humanity taken in the lessons of The Limits to Growth? What have we learned in the meantime? And, most importantly, what can we do about it now?

Limits and Beyond: 50 years on from The Limits to Growth, what did we learn and what’s next? reaches back half a century to when the original report shook the world into realising that we live on a finite planet, brings it sharply up to date, and looks clear-eyed into the future.

Limits and Beyond is the book that will shape the conversation about our place on the Earth for the next 50 years and beyond.

Limits and Beyond: 50 years on from The Limits to Growth, what did we learn and what’s next?
Published by Exapt Press https://exapt.press/limits-and-beyond