Earth for All – A Survival Guide for Humanity 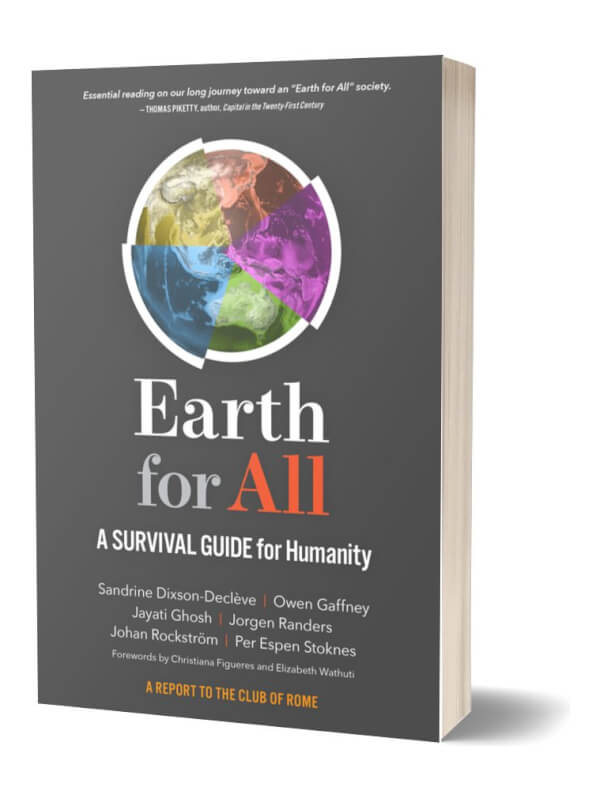 Published 2022 – Five decades ago, The Limits to Growth shocked the world by showing that population and industrial growth were pushing humanity towards a cliff. Today the world recognizes that we are now at the cliff edge: Earth has crossed multiple planetary boundaries while widespread inequality is causing deep instabilities in societies. There seems to be no way out.

Earth For All is both an antidote to despair and a road map to a better future. Using powerful state-of-the-art computer modeling to explore policies likely to deliver the most good for the majority of people, a leading group of scientists and economists from around the world present five extraordinary turnarounds to achieve prosperity for all within planetary limits in a single generation. Coverage includes:

Written in an open, accessible, and inspirational style using clear language and high impact visuals, Earth For All is a profound vision for uncertain times and a map to a better future.

This survival guide for humanity is required reading for everyone concerned about living well on a fragile planet.

Sandrine Dixson-Declève is co-president of the Club of Rome, Owen Gaffney is a strategist, writer, science journalist, and filmmaker and global sustainability analyst at Stockholm Resilience Centre and Potsdam Institute for Climate Impact Research, Jayati Ghosh is an internationally recognized development economist and professor at the University of Massachusetts, Johan Rockström is the director of the Potsdam Institute for Climate Impact Research, Per Espen Stoknes is the director of Centre for Sustainability and Energy at the Norwegian Business School in Oslo. and Jørgen Randers is professor emeritus of climate strategy at the BI Norwegian Business School.