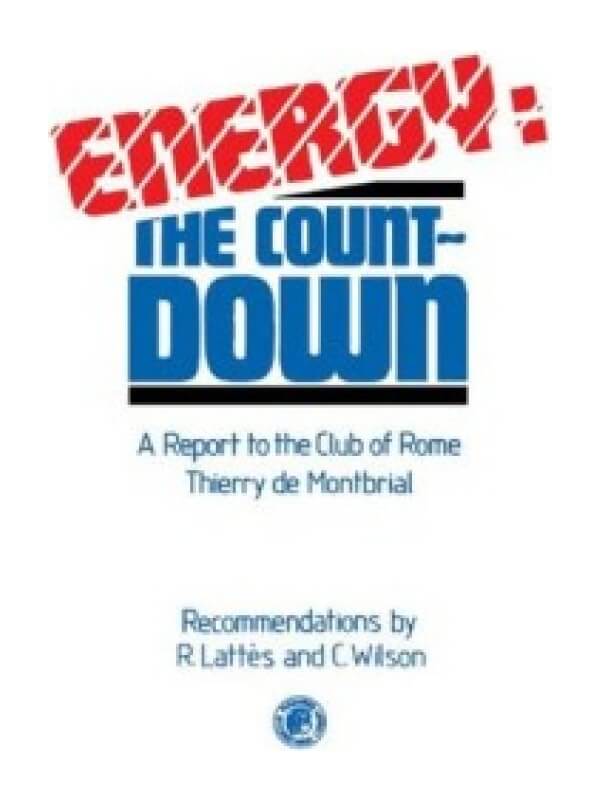 Published 1979 – Energy: The Countdown raises the specter of a catastrophic energy crisis that could explode even before any comprehensive emergency plans are concerted. The goal is to make both decision-makers and the public aware that there exists a real threat to human society in the form of a looming energy crisis.

This book is comprised of 11 chapters and begins by emphasizing the importance of energy as the oxygen of economic life and how a shortage or limitation of energy resources can seriously endanger the world’s economic development. The constraints that will limit the supply of certain types of energy are considered, along with the importance of long-term planning. The next section deals with the politics of energy, paying particular attention to the oil crisis and its impact on international relations since October 1973, together with the nuclear power crisis and the proliferation of nuclear weapons. Subsequent chapters explore the relationship between geopolitics and energy policy; the nature of the energy problem; global energy demand; energy sources such as coal, natural gas, and nuclear energy; and the possibility of an imbalanced oil market. The final chapter evaluates the economic effects of a massive increase in oil prices.