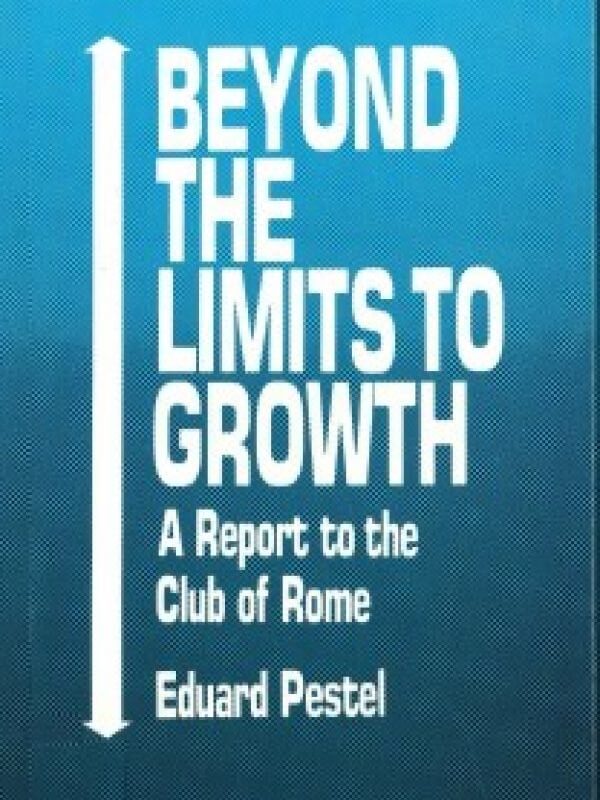 Published 1989 – More than any other book in our lifetime, The Limits to Growth sparked the debate about the future of mankind. Its publication, in 1972, was front-page news. Millions of copies were sold throughout the world. Although certain anticipations may not have been fulfilled, its general message is as pertinent as ever, and the book is still required reading in schools, colleges, and universities.

Seventeen years later, in Beyond the Limit to Growth, Dr. Eduard Pestel, a scientist, recalls the objectives of the Club of Rome, the organization that invited a team at MIT (1) to undertake an investigation into “the limits of our world system and the constraints it puts on human numbers and activity”, and (2) “to identify and study the dominant elements, and their interactions, that influence the long-term behavior of world systems”. The goal was “to provide warnings of potential world crises if [current] trends are allowed to continue, and thus offer an opportunity to make changes in our political, economic, and social systems to ensure that theses crises do not take place.” after evaluating the critical reception of The Limits to Growth and the limits and merits of that report, Dr. Pestel goes on to propose a new paradigm for organic growth and development and suggests how it can be attained.

Dr. Pestel calls upon the citizens and governments of the affluent, powerful nations of the earth not to be guided by narrow economic interests but to take on the responsibility of – and live up to – their role as models to the newly industrialized nations.

As opposed to undifferentiated growth, which was the subject considered in The Limits to Growth, this book calls on the United States, the Soviet Union, Japan, and other industrially advanced nations to do all they can to preserve peace, discontinue the arms race, and put an end to the violent confrontation between humankind and nature – in particular, to contain environmental degradation and resource depletion – problems that will reach critical proportions if today’s life-styles and technologies are continued. Dr. Pestel urges us to change our political, social, economic, ecological, and moral thinking, so that we will dispose of our responsibility for a sustainable development of the entire world.