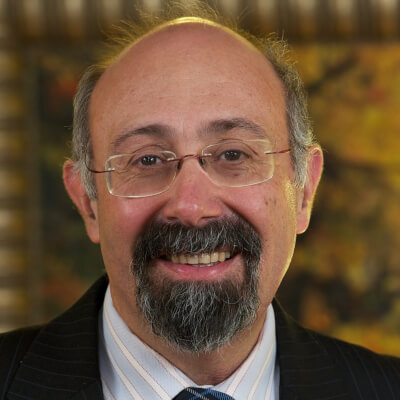 Antonio Valero is the chair in Thermal Systems at University of Zaragoza and Director of the CIRCE Research Institute on Renewable Energies, Resources Efficiency and Sustainability. He created the CIRCE Foundation in 1993 as a model of fruitful and self-financed collaboration between the University, Industry and the Government. Now considered as one of the top research centers in energy in Spain.

His research focuses on the connection of the Second Law of Thermodynamics with Economics and Ecology to provide a methodology for accounting the alarming loss of Mineral Resources -including Fertile Soils- of the Planet. He and his daughter Dr. Alicia Valero coauthored the deep-ecology book “Thanatia, the destiny of Earth´s Mineral Resources”. He also (co)- authored 18 books and 200 research papers.

Antonio Valero is a fellow member of the American Society of Mechanical Engineers. He received the ASME James H. Potter Gold Medal Award 1996 for advancing the theory of thermoeconomics to a new level as well as the Stanislaw Ocheduszko Medal 2016 to distinguish his contributions to thermodynamics, among other intl. recognitions.

He is a former Spanish Natl. Manager for the Energy R&D Plan and honorary professor of the North China Electric Power University of Beijing as well as a promoter of the Krakow Declaration, for A Better Energy Efficiency in the Process Industries, and of the Aragon Declaration of Sustainability.