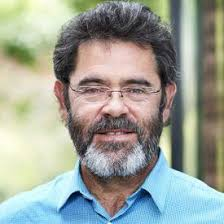 The primary research focus of my career can be defined as ‘societal transitions’, initially with respect to democratization and governance up until the late 1990s, and subsequently within the wider discipline of sustainability studies. The dynamics of urban change has always been a consistent theme. My published research was coupled to major institution-building collaborations  – an achievement that was recognized in 2010 when I was awarded the Aspen Faculty Pioneer Award for success in introducing sustainability into leadership education.  My most significant academic output is my book entitled Age of Sustainability: Just Transitions in a Complex World (Routledge 2019). This builds on the co-authored book with Eve Annecke entitled Just Transitions: Explorations of Sustainability in an Unfair World (United Nations Press 2012) that was awarded runner-up prize for the Harold & Margaret Sprout Award in 2013 for best academic book in the environmental governance field – this being the first time African researchers have been recognized by this award since its inception in 1972. In recent years I have increased my participation in international research collaborations, particularly via UN institutions (International Resource Panel 2007-2019) and several Scientific Committees of international conferences, including the Scientific Committee of the International Sustainable Development Research Conference for the years 2011, 2012 and 2013, as well as member of the International Review Panel of the Biennial Conferences of the International Society for Ecological Economics (ISEE) in 2010 and 2014. In 2014 I was appointed by the Minister of Finance as a Board member of the Development Bank of Southern Africa and in December 2018 the Board elected me as the Chairperson of the Board, and in September 2019 I was elected Deputy Chairperson for three years. In 2015 I was invited to become a fellow of the World Academy of Art and Science. In 2016 I was appointed ‘advisor to the curator’ of the International Architecture Biennale Rotterdam (IABR) and in 2017 – 2019 I convened the State Capacity Research Project on the dynamics of state capture in South Africa. In 2020 I was invited to become a member of the prestigious Club of Rome – the oldest sustainability think tank, founded in 1968.

I am formally appointed as Distinguished Professor of Sustainable Development in the School of Public Leadership, Stellenbosch University. I am the Co-Director of the Centre for Complex Systems in Transition (CST), member of the International Resource Panel (since 2007), fellow of the World Academy of Art and Science, member of the Board of the Development Bank of Southern Africa since 2014 and Chairperson of the Board from January 2019 – September 2019, after which I was elected Deputy Chairperson of the Board. I am the head of the sustainable development degree programmes at the University of Stellenbosch, hosted in partnership at the Sustainability Institute. Since 2016 I have been Visiting Professor at Utrecht University (The Netherlands) and Sheffield University (UK). In 2018 I was the Edward P. Bass Distinguished Environmental Scholar at the Yale Institute for Biospheric Studies (YIBS), with a residency at Yale from March to October 2018 based in the Yale School of Forestry and Environmental Studies. In 2019 I was appointed by the South African Government to the Reference Group of the National Anti-Corruption Strategy of South Africa.