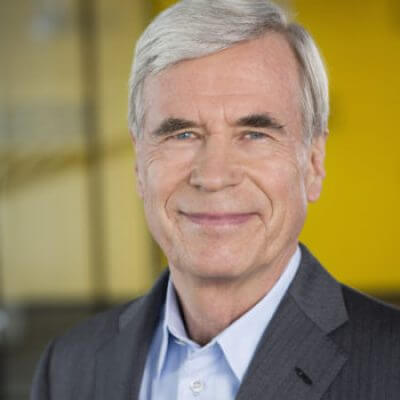 Between 1981 and 2007, Prof Dr Michael Otto was Chairman of the Executive Board and Chief Executive Officer Otto Group. Since 2007 he has been Chairman of the Supervisory Board of Otto (GmbH & Co KG), the Hamburg-based retail and services group. Founded in Germany in 1949, today the Otto Group is a globally active retail and services group with around 52,560 employees in 30 major company groups and does business in over 30 countries in Europe, North and South America, and Asia.

It is one of the world’s largest online retailers. As a genuine family business entrepreneur Michael Otto declared protecting the environment and acting in a socially responsible way in business as an integral part of his corporate strategy already in the 1980s.

Michael Otto is founder and initiator of numerous well-known and ground-breaking German business initiatives, including the ” Foundation 2° – German Business Leaders for Climate Protection”, the Aid by Trade Foundation (AbtF), which is the sponsoring organisation of the Cotton made in Africa initiative, as well as the Environmental Foundation Michael Otto. Furthermore, he is Chairman of the Board of Trustees of the Werner Otto Foundation for Medical Research, Honorary Chairman of the Foundation Board of the Environmental Foundation WWF Germany and Honorary Member of the World Future Council.