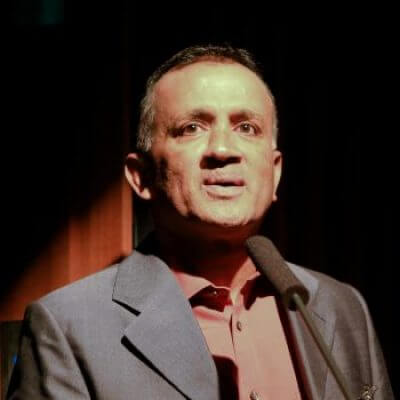 Chandran Nair is the Founder and CEO of the Global Institute For Tomorrow (GIFT), an independent pan-Asian think tank based in Hong Kong focused on advancing a deeper understanding of global issues including the shift of economic and political influence from the West to Asia, the dynamic relationship between business and society, and the reshaping of the rules of global capitalism.

He is a bio-chemical engineer by training and was chairman of Environmental Resources Management (ERM) in Asia Pacific until 2004, establishing the company as Asia’s leading environmental consultancy. For more than a decade he has strongly advocated a more sustainable approach to development in Asia, advising governments and multi-national corporations to instill these principles into their policies and key decision making processes.

Chandran is a regular speaker at the World Economic Forum (WEF), APEC Summits, OECD events and various UN conferences. He is a member of WEF’s Global Agenda Council on Governance for Sustainability, and has served as Adjunct Professor at the Hong Kong University of Science and Technology and the Lee Kuan Yew School of Public Policy in Singapore. He is also a fellow of the Royal Society of Arts. Chandran’s book Consumptionomics: Asia’s Role in Reshaping Capitalism and Saving the Planet was ranked as one of the top-fifty breakout capitalism books by TheGuardian and has been translated into Chinese, German and Bahasa.