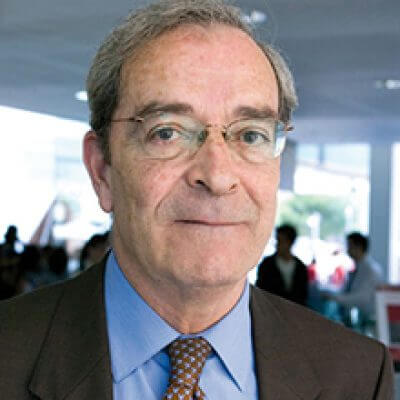 Jaume Lanaspa was born in Barcelona on 5 November 1944. He holds a Bachelor’s Degree in Economic Sciences, awarded by the University of Barcelona, and studied at IESE. Between September 2003, when he joined ”la Caixa”, and March 2008, he was the Executive Director of Human Resources and Corporate Social Responsibility.

Between March 2008 and October 2014, he was the Managing Director of the ”la Caixa” Foundation and Executive Director of the Social Programme of the Caixa d’Estalvis i Pensions de Barcelona. During his long career in the world of finance, he was Assistant CEO of Bankunión. He has also served as CEO for companies such as ACESA and Autopistes de Catalunya. In addition, he has worked abroad for CaixaBank France and as the director of finance for motorway concessionaire companies in Argentina. In the academic field, he has taught at the Autonomous University of Barcelona and ESADE.

He is currently a member of the Board of Trustees of the ”la Caixa” Banking Foundation, the Chairman of the Barcelona Office of the Club of Rome, the President of RECI (the Spanish Network of Intercultural Cities), Vice-President of the Med Confederation and the ”la Caixa” Foundation’s representative to the IOM (International Organization for Migration).