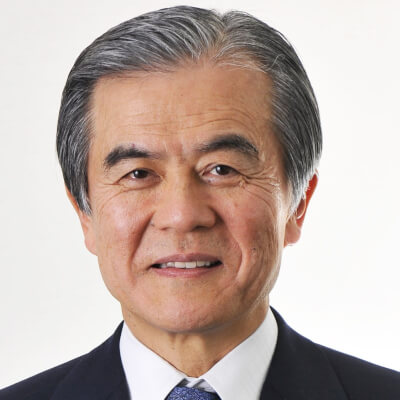 Prof. Hiroshi Komiyama is a Japanese academic, scientist and engineer, best known for inventing the “Platinum Society” concept, which serves as the foundation of environmental policy for the present Japanese Government. “The Platinum Society suggest a vision for a 21st century that is characterized by: 1) ecological values, 2) participation by all, including seniors, 3) lifelong growth, 4) abundant job opportunities, 5) a bright, shining sustainable society, and 6) green, silver and gold innovations. Since its inception in 2011, the Platinum Society Network has attracted more than 140 local governments and 80 enterprises as members. .

Besides heading the Platinum Network, Prof. Komiyama is also Chairman of the Mitsubishi Research Institute; Advisor to the Japanese Government on issues including the environment, aging, the education and community renovation; and former President of the University of Tokyo.