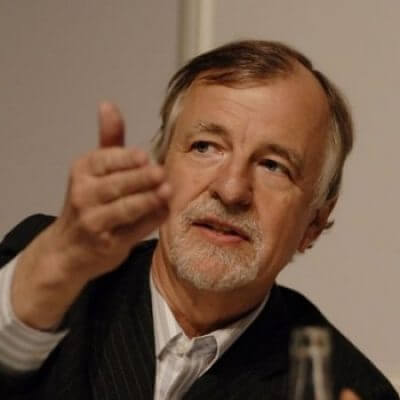 Prof. Herbert Girardet is an author, filmmaker and international consultant specializing in ‘regenerative development’. He is co-founder, former program director and honorary member of the World Future Council. Recipient of a UN Global 500 Award for outstanding environmental services, he has been consultant to UNEP, UN-Habitat, and cities such as London, Vienna, Riyadh and Bristol. He has authored many TV documentaries, such as “Far From Paradise”, “Jungle Pharmacy” and “Halting the Fires”, as well 13 books such as “Cities, People, Planet“ and “Creating Regenerative Cities”.

In 2003, Herbert was inaugural ‘Thinker in Residence’ in Adelaide, defining eco-development strategies for South Australia most of which have since been implemented. From 1996 to 2008 he was chairman of the Schumacher Society, UK. Herbert is a member of the World Academy of Art and Science, an honorary fellow of the Royal Institute of British Architects, a patron of the Soil Association, UK, and a visiting professor at University of the West of England.