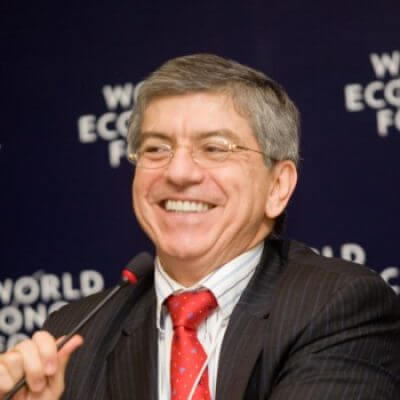 Cesar Gaviria was a member of the Colombian congress from 1974-1986 and also served as Minister of Housing and the Interior. He served as Colombia’s president from 1990-1994 and was subsequently elected Secretary General of the Organization of American States (OAS) from 1994 to 2004.

As president of Colombia, he achieved structural reforms that facilitated Colombia’ s incorporation into the international economy; strengthened democracy and promoted the defense of human rights and justice. At the OA S, President Gaviria pushed through profound institutional changes, which gave new vigor to the inter-American agenda.

He is currently an active member of Oceana, an international organization dedicated to the protection of the world’ s oceans. He is also member of the Global Commission on Drug Policy, which purpose is to bring to the international level an informed, science-based discussion about humane and effective ways to reduce the harm caused by drugs to people and societies.