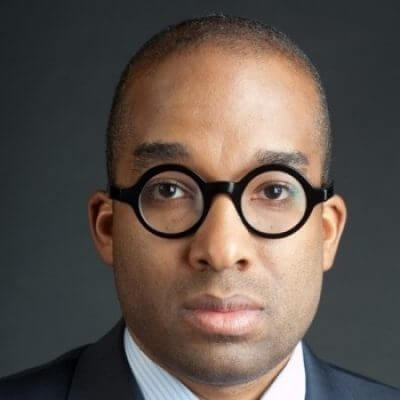 Dr. Michael K. Dorsey is a recognized expert on global energy, environment, finance and sustainability matters. In 1997, in Glasgow, Scotland, Dorsey was bestowed Rotary International’s highest honor, ​The Paul Harris Medal for Distinguished Service to Humanity. Dr. Dorsey is a “Full member” of the Club of Rome and in 2013 the National Journal​ named him one of 200 US “energy and environment expert insiders”. A graduate of the University of Michigan, Yale and the Johns Hopkins University, presently, Dr. Dorsey is a limited partner in the Spanish-Japanese solar concern Univergy-CCC.

Dr. Dorsey is a serial organization builder and leader in for-profit, non-profit, scholarly and governmental realms. In the for-profit arena, Dr. Dorsey is an active investor and co-founder and principal of Around the Corner Capital—an energy advisory and impact finance platform. Thru Around the Corner, Dr. Dorsey maintains active relationships and agreements in the US and beyond with various partners from Barrett Capital, to the ​California Clean Energy Fund​, to Silverleaf Partners, the ​ Royal Bafokeng Holdings (South Africa), Univergy (Japan/Spain), the World Bank and many other institutions and high net-worth individuals driving the global renewable revolution.

In non-profit realms, in 1997 Dorsey helped to co-create the northern California headquartered Center for Environmental Health. In 2013​ Dr. Dorsey and two former student collaborators co-created the predecessor to the Sunrise Movement​. In late 2018 the Sunrise Movement co-orchestrated launching the Green New Deal. Beyond this Dr. Dorsey sits on a number of non-profit boards. He served 11 years on the national board of the Sierra Club—one of the largest and oldest US environmental organizations. In academia, for the first decade of the 21​ st century Dr. Dorsey was a professor in the environmental studies program at Dartmouth College. He has also been guest faculty at Wesleyan University (USA), the University KwaZuluNatal and the University of Witwatersrand (South Africa); Kungl Tekniska Högskolan (Sweden); and Erasmus University’s Erasmus Research Institute of Management (ERIM) Sustainability & Climate Change Research Unit (The Netherlands).

Dr. Dorsey’s significant government engagement began in 1992 as a member of the U.S. State Department Delegation to the United Nations Conference on Environment and Development, “The Earth Summit.” From 1994-96 Dorsey was a task force member of President William Jefferson Clinton’s Council on Sustainable Development. From April 2007 until November 2008 Dorsey was a member of Senator Barack Obama’s energy and environment Presidential campaign team. In 2010 Lisa Jackson, the US Environmental Protection Agency (US-EPA) Administrator, appointed Dr. Dorsey to the EPA’s National Advisory Committee (NAC). Jackson reappointed Dr. Dorsey in 2012 and Administrator McCarthy re-appointed him again in 2014. Further, in 2014, United Nations NGLS—a specialized unit of the United Nations Conference on Trade and Development designated Dorsey advisor on “climate, energy sustainability and SIDS (Small Island Developing States)”.

Dr. Dorsey has published ​dozens of scholarly and lay articles on a variety of environment, development and sustainable finance matters. In 2016 he became​ a contributor to the Wall Street Journal. ​Over decades Dr. Dorsey has been featured or provided his opinions in the world’s leading lay television, radio and print outlets from ​Al Jazeera, ​ the ​ Associated Press ​ , ​South Africa’s ​ Business Day, ​CCTV​, CNN, ​Democracy Now!, ​The Los Angeles Times, The New York Times, the ​ Orlando Sentinel, ​The Sacramento Bee, ​The Thom Hartmann Show, ​US News and World and many other outlets.