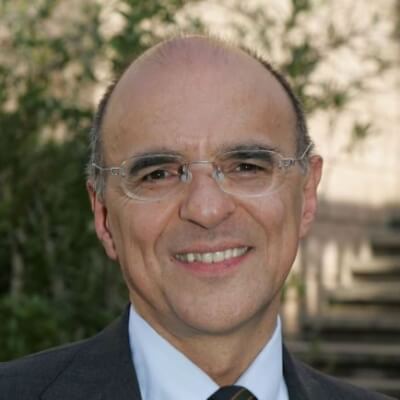 He has more than 40 years of experience in nature conservation and sustainability with a particular focus on dissemination, teaching and planning cultural projects on these issues.

He was also lecturer of sustainability for ten years at the Camerino University and he is involved in courses on sustainability in several italian universities. He trained in biological sciences at Rome University La Sapienza and at his beginning he was an ornithologist and wrote some books and encyclopedias on birds (mostly published by Mondadori and some translated into English, French and other languages).

Gianfranco was non-governmental expert of the Italian official delegations at some UN conferences (such as the Earth Summit in Rio de Janeiro in 1992 and the Summit on Sustainable Development in Johannesburg in 2002).

He was member of several national commissions on environment and sustainability (such as the first Italian Commission of Study on Environmental Accounting at the Minister of Economy) and he is member of National Commission on the New Indicators of Wellbeing and Progress and of the Italian Natural Capital Committee that, starting in 2016, publishes every year an official report on the Natural Capital in Italy.