EU sustainable finance framework at risk of deviating from science 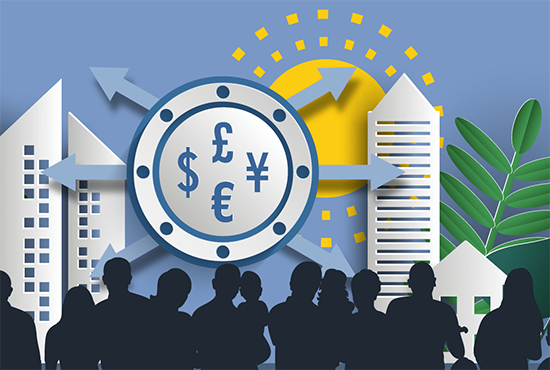 On November 20th, the European Commission has published its draft Delegated Act for the so-called EU taxonomy, setting out the technical criteria to determine economic activities that contribute significantly to climate change mitigation and adaptation.

This comes at a time when the EU institutions are in the final negotiations of the recovery package and long-term budget – pivotal for how Europe fosters a recovery from the social and economic shock of the COVID-19 crisis, while protecting the European people in the face of a climate and ecological emergency.

The draft Delegated Act, published on November 20th, steers away from the science-based recommendations of the Technical Expert Group on Sustainable Finance (TEG)[i] in multiple areas while staying robust in others. On initial reflection, substantial diversions seem to have been taken on criteria for bioenergy, forestry and buildings while the TEG’s recommendations have been adhered to in other sectors, including Energy. The draft Delegated Act has confirmed the TEG’s view that unabated gas is not consistent with achieving Paris Agreement goals. The Club of Rome will be completing a full analysis of the text in the coming days.

The adjustments made away from the TEG’s recommendations seem to be part of growing trend of backsliding seen in EU policy-making relevant to the transition to a sustainable future, for example in the EU’s recovery package and Common Agricultural Policy. The Club of Rome is worried about the signals coming from Europe and the recent shift from a leadership based on delivering a European Green Deal and the 2030 target for greenhouse gas emission reductions.

[i] This draft Delegated Act, which will be adopted by the end of year (it is now open for a 30-day consultation), is the piece of the secondary legislation needed to establish the EU’s classification system of sustainable activities – the EU taxonomy. It follows the political agreement on the Taxonomy Regulation which was agreed on the 18 December 2019. Once adopted it will complete the first action of the European Commission’s 2018 Action Plan on Sustainable Finance, aiming to lay the foundations to reorient capital to a sustainable economy.

“The leadership and extensive efforts shown by all the EU institutions to establish a classification system for sustainable investment in order to finance change has been tremendous over the last two years. Triodos Bank was founded to finance the change in the economy and we understand the necessity of establishing such a mechanism.

The mechanism can only be effective if a rigorous science-based approach remains at its foundation. I am concerned in several areas that the current criteria within the draft Delegated Act will do little more than business-as-usual for the climate. Only a robust scientific approach can bring all financial institutions, businesses and citizens on the journey of transformation as part of the recovery from COVID-19 – both in Europe and globally.”

“ As a member of the TEG and the Sustainable Finance Platform, I commend the European Commission for its leadership on sustainable finance to date and it’s clear stance that unabated gas is not consistent with achieving Paris Agreement goals. However, it now seems that the draft Delegated Act takes a ‘pick and choose’ approach, from sector to sector, when it comes to utilising the science-based recommendations of TEG. It has moved the taxonomy away from ensuring substantial contribution in all sectors.”

“I fear the European Green Deal leadership is not being translated into action as we come to the crunch points of implementation at the end of 2020. We are also seeing backsliding in the development of the EU recovery package and reform of the Common Agricultural Policy. For me it is crucial that each and every decision should be based on scientific evidence, substantial contribution and the precautionary principle. We hope the EU institutions enshrine this as the Taxonomy Delegated Act and recovery package are agreed in the coming weeks”

“The task of restoring Europe’s economy goes hand in hand with the need and opportunity to put Europe on a pathway to net zero emissions by 2050. Such a pathway should lead to a more productive economy and large savings from reduced fossil fuel imports”

“Failing to align public and private spending with EU climate goals would build up risks for the future, including the need for further bailouts. We must ensure that the money spent now is not wasted but instead subjected to clear scrutiny to ensure public money does not support activities that undermine the Green Deal goals. The EU must agree on a sustainable finance taxonomy that is based on robust environmental criteria which can be consistently applied to all investment in the EU budget and recovery instruments.”

“After indicating my extreme disappointment in Europe’s reform of the Common Agricultural Policy, it is again devastating to see such weak criteria put forward in the area of agriculture, forestry as well as bioenergy. This shows a further loss of leadership in Europe, impacting all global citizens and especially the future generations.”

Among others, Responsible Investor and Tagesspiegel reported on this.

The Technical Expert Group on Sustainable Finance, established by the European Commission in July 2018, developed recommendations for technical screening criteria in a final report on 9th March 2020. This report was developed with engagement of over 200 additional experts over 20 months and with substantial consultation and scientific and technical input. The recommendations followed the political agreement on the Taxonomy Regulation, that the technical screening criteria shall be based on conclusive scientific evidence and the precautionary principle enshrined in Article 191 TFEU.