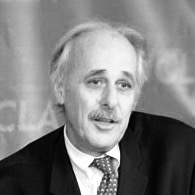 Today, the Club of Rome mourns the passing of Roberto Peccei, one of its most devoted members.

Roberto was a charming and incredibly friendly man, very much liked and appreciated by his colleagues in the Club of Rome. He stayed true to the legacy of his father and founder of the Club of Rome, Aurelio Peccei, and was always ready to help strengthen and develop the Club of Rome both as a network and think tank.

Roberto was for many years a member of the Club of Rome’s Executive Committee. He served as vice president for a number of years and actively helped sustain the organisation during many challenging times. In 2018 he organized the 50th Anniversary Summit of the Club of Rome and brought together hundreds of thought leaders and decision-makers from across the world as well as the Peccei family.

Roberto was a distinguished scientist. He was a particle theorist whose principal interests were in the area of electroweak interactions and in the interface between particle physics and physical cosmology. He was for many years vice chancellor for research of the University of California, Los Angeles and a Fellow of the American Physical Society. In 2013 he received the American Physical Society’s 2013 J.J. Sakurai Prize for Theoretical Particle Physics.

Roberto is no longer with us but his spirit and legacy will live on. He will be sorely missed. Our thoughts go to his family, particularly to his wife Jocelyn and his children Alessandra and Aurelio.

I have known Roberto since 1984 when Aurelio, his father and founder of Club of Rome passed away. Immediately Roberto with his brother Riccardo and his sister Paola, decided to establish the Aurelio Peccei Foundation to implebt and spread the ideas and work of his father. Considering my long friendship with his father he asked me to become a member of the foundation board. Thus began a long friendiship with him. Roberto was a special person, a man with a big hearth like his father, very charming, passionate, competent. We organized together many activities and italian annual Aurelio Peccei Lecturers since 1986. He was a distinguished physicist (among other his research, he working out the equation Peccei-Quinn, with his colleague Helen Quinn). He was professor emeritus of physics and astrophysics at the UCLA where he was also, in the last time, Vice Chancellor of Research. Roberto will always remain in the dephts of my hearh.

When Aurelio Peccei invited me in 1979 to join his core team to work on the Forum Humanum, he not only brought me to the Club of Rome, but also introduced me to his family. In 1981 when Aurelio wished to meet in preparation for the Salzburg Conference he invited me to the family summer residence to Punta Ala. It was a first time that I met Roberto and his family. Four years later, when in the midst of writing of the Portrait of Aurelio Peccei, Roberto and his sister Paola invited me back to Punta Ala. Their generosity and hospitality was remarkable and touched me deeply. The whole family welcomed me at their homes in my endeavor to retrace the life of Aurelio Peccei, from Paola in Buenos Aires to Riccardo in London. Later I was also hosted at Roberto and Jocelyn’s home in California.

Roberto guided me over the years, from the intricacies of the Club that had a majority against the publication of the biography of Aurelio, to my reintegration as a member of the Club after more than a decade of absence. Roberto always had advice, and as a good academic critique was part of his conversation. He generously took time in his busy agenda as Vice-Chancellor for Research at UCLA to read my proposed Report to the Club of Rome “The Blue Economy”. He was a strong proponent that it would be accepted. And so it was! He subsequently invited me to speak at the annual event of the Aurelio Peccei Foundation which was a tremendous honor for me.

When Roberto retired from his academic career we stayed in closer contact. He showed a strong interest in some of the projects described in the Report to the Club that were based on innovations in physics, his intellectual domain. When the Blue Economy technology team organized a meeting in 2018 in Santa Barbara, California with Shoji Nakamura, the Nobel Laureate in Physics, and Suat Topsu, the French investor of “the internet over light technology” (LiFi) Roberto joined the day long committee gathering. He was enthused by the discussions. Since we forged that day a cooperation amongs the French, Dutch, American and Japanese scientists, he generously agreed to provide the legal contracts (from his experience as vice-chancellor) for such a scientific cooperation. This cooperation continues to date.

A few months later we met for the last time in Rome where he explained how he interpreted the changes in the Club of Rome, and we discussed my future role. We agreed that the key for our common future was to find a home for the extraordinary archives of Aurelio Peccei Foundation which he chaired, the Club of Rome and Dennis Meadows legacy files. We conspired to find a solution through the Politecnico di Torino, in the city of birth of his father and bring this full documentation together for academic study for decades to come.

I am very endetted to Roberto, and the Peccei Family for having adopted me in their midst. Maybe I created more nuisance and work than joy over the years. It is with gratitude I look back at the moments we shared. It is now my responsibility to secure that what we had agreed in terms of the archives will be a reality.

I first met Roberto in the mid-1960s, some years before his father, Aurelio, launched the Club of Rome. He was working at MIT on his doctorate in theoretical particle physics, then the biggest and most glamorous discipline in science, and I was working a couple of miles up Charles River at Harvard on my doctorate in a somewhat more pedestrian field in experimental physics. Our encounters were brief, usually at technical seminars, and not very intensive. After finishing our graduate studies, we soon went our different ways, he to California and I to India. Roberto went on to a highly distinguished career in cutting-edge particle physics, where he is particularly known for the Peccei-Quinn theory, a sophisticated resolution he and his colleague proposed in 1997 for the strong CP problem, considered a major breakthrough in particle physics. After teaching in Stanford and Germany, he was, for almost two decades, distinguished Professor and Vice-Chancellor of the University of California at Los Angeles (UCLA).

In 2008, four decades after we left Cambridge, Mass, we reconnected, this time in a much more intensive collaboration, as members of the Club or Rome, preparing for the next Annual Conference, which was to celebrate the 40th Anniversary of the Club of Rome. Appropriately, it was to be held in Rome. For almost the entire year before that, Roberto as the Executive Committee Member in charge of the Rome Meeting, and I as the Co-President supporting him, worked together on almost a daily basis designing the conference, selecting and inviting the participants, ensuring the logistics. Although his home was now in Los Angeles, he knew Rome well and during this period spent a good portion of his time camping there, commuting between these two cities and the Hamburg headquarters of the Club of Rome, where he worked on the plans for the conference in as meticulous detail as he would on his scientific work.

The 40th Anniversary was a widely acknowledged success, bringing together many eminent experts concerned with the global problematique, in addition to the members of the Club of Rome themselves. At that time, it was by far the largest gathering of the Club, and it brought together some two hundred leading figures including Jay Forrester, the founder of System Dynamics, Mihajlo Mesarovic, author of the 3rd Report to the Club of Rome, Eleonora Masini, Futurologist, Hugo Thiemann, a founding member of the Club of Rome, Lester Brown, President of the Earth Policy Institute, and most of the current and past members of the Club of Rome including my fellow Co-President, Eberhard von Koerber, former President Diego Diez Hochleitner, Ernst von Weizsaecker, Anders Wijkman, Wouter van Dieren, and Meenakshi Gopinath. Keynote speakers included Lord Martin Rees, Astronomer Royal and President of the Royal Society, Heitor Gurgulino de Souza, former Rector of the United Nations University, Frederico Mayor, former Director-General of UNESCO, Edward Ayensu, Chairman of the World Bank’s Inspection Panel and several distinguished leaders from Italy and the international agencies. Kofi Annan addressed the final session by video. It was Roberto, who designed with such care the lineup of speakers and the mix of topics in the Conference to help the event create such a big impact.

It was a great pleasure for me to work with Roberto during that period and for many years after. He joined the Executive Committee at the time of the Annual Meeting in Madrid, in 2007, and the same time as Eberhard von Koerber and I were elected Co-Presidents. Over the next five years, we met at many places, including Rome, Amsterdam, Zurich, Delhi, Paris, and Bucharest, where Roberto was a highly dependable colleague who helped us create productive forums for discussing the major issues of the day. He was one of those who had huge energy and initiative and a highly positive team attitude. His own ideas were excellent and he found it easy to say yes to those of others — and constructively help improve them. His thoughtfulness was always something all of us in the Executive Committee respected and I recall many issues and decisions on which he made real value-adding inputs that clinched a good outcome.

His laughter was infectious and everyone wanted to join the dinner table he and his wonderful wife Jocelyn were sitting at. The positive vibrations they brought seemed to me always to be a solid basis for positive interactions in the events.

Roberto was a true friend. His integrity, empathy, and modesty shone through everything he said or did. His legacy, like his father’s, will be remembered for a long time to come.