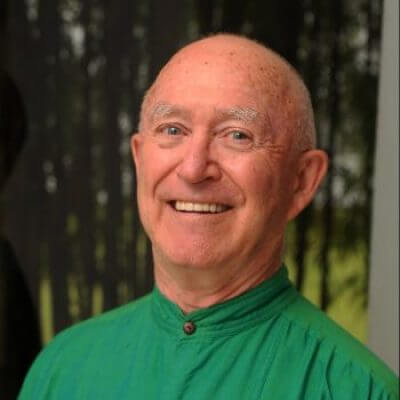 Much of John Richardson’s professional life has been devoted to making messages first catalyzed by the Club of Rome: “limits to growth;” threats of “overshoot/collapse” and goals of resilient, sustainable development accessible in diverse formats, to diverse audiences and in diverse settings throughout the world. This remains his overarching life priority.

He is Professor Emeritus of International Development, School of International Service, Washington DC. From Fall 2010-June 2017 he was Visiting Professor at the Lee Kuan Yew School Policy, National University of Singapore (NUS). He concluded his affiliation with NUS in order to focus exclusively on research, writing and public policy consulting. As a consultant to the Singapore Government, he developed a training program in public policy applications of System Dynamics modeling for staff members, Population and Talent Division, Office of the Prime Minister. In Fall 2014, he became Visiting Professor, Director of Outreach and Faculty Resident Fellow of a newly created Residential College at the National University of Singapore, focused on systems thinking for sustainable, resilient development and System Dynamics modeling. Among earlier public policy oriented projects, he consulted with members of President Carter’s staff on possible follow-ups to the Global 2000 Report to the President in an envisioned Carter second-term. In 2013 he was the third recipient of the System Dynamics Society’s lifetime achievement award.

Books he has authored, co-authored or resulted from collaborative projects provide a good profile of his work focused on envisioning, systems thinking for sustainable resilient development, and System Dynamics Modeling applied to public policy across a spectrum of public policy issues. Among the titles are: Groping in the Dark: The First Decade of Global Modeling (with Donella Meadows and Gerhart Bruckmann ­­– 1982), Making it Happen: A Positive Guide to the Future (ed. & with U.S. Association for the Club of Rome members – 1982) Ending Hunger: An Idea Whose Time Has Come (with Donella Meadows, Elizabeth Neeld and others (1985), Paradise Poisoned: Learning about Terrorism, Conflict and Development from Sri Lanka’s Civil Wars (2005). A recent paper published in the Lee Kuan Yew School of Public Policy’s 10th Anniversary Volume, Governing Asia: Reflections on a Research Journey (2015), highlights his present research agenda. It poses the question: “what lessons about sustainable, resilient development and well-being could Singapore offer to a human species that is sorely in need of such lessons?”