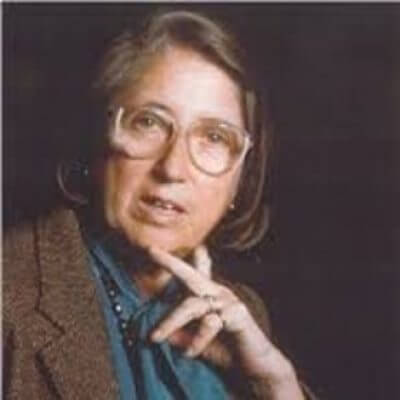 The Club of Rome marks with great sadness the passing of Eleonora Barbieri Masini on 28 June 2022.

Eleonora Barbieri Masini was an extraordinary scholar and a trailblazer in the field of futures studies. While the mainstream of futures studies in the 1970s, favoured a techno-economic approach, Eleonora emphasized aspects such as human and social foresight. Her work challenged futures studies to rethink and highlight the role of women, family, ethics, culture, equity, and the environment.

A tireless traveller she had major influence on the training of futures researchers in various regions of the world and was deeply committed to the development of early-career scholars.

Eleonora was appointed as a full member of the Club of Rome in 1975, the second woman (after Elizabeth Mann Borgese) and was a collaborator on the Club of Rome Report “No Limits to Learning: Bridging the Gap” written by James Botkin, Mahdi Elmandjra e Mircea Malitza, which was published in 1979.

Professor Emeritus of Future Studies and Human Ecology at Gregorian Pontificial University, Eleanora was also Secretary General of the World Future Studies Federation (WFSF) (1975 – 1980), Chair of the Executive Council of the WFSF (1978 – 1997), a Council member of the Aurelio Peccei Foundation (1985 onwards) and a member of the Scientific Community of the WWF Italy. She was the founding Chair of The Millennium Project Node in Italy in 1998.