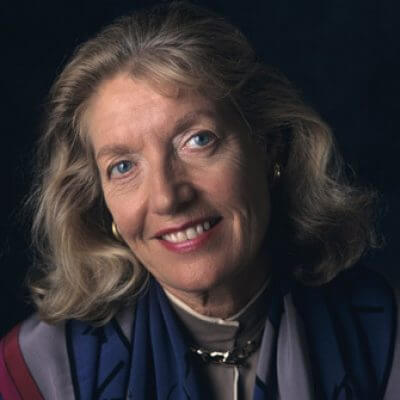 In memory of Hazel Henderson

It is with great sadness that the Club of Rome marks the passing of futurist and evolutionary economist Hazel Henderson on 22 May 2022.

Hazel, a self-taught environmentalist who became an apostle of the green economy and of socially responsible investing, and who popularized the slogan “think globally, act locally,” “has gone  virtual,” as she would have put it.

Author of nine books and hundreds of articles, with multiple Honorary Dr. of Science degrees, Henderson is best known as a syndicated worldwide columnist and lifelong futurist who 40 years ago forecasted the need for the current transition from the fossil fuel era to the 21st century green economy. H

She defied conventional economists and sought to redefine gross national product as a measure of prosperity not merely to encompass material success on the bases of the cash value of goods and services produced annually, but also to include health, social, educational and other benchmarks that, as Senator Robert F. Kennedy declared in 1968 after being briefed by Ms. Henderson, “make life worthwhile.”

Hazel founded the media company Ethical Markets, in 2004 to promote, in her words, capitalism’s evolution “beyond maximizing profits for shareholders and management, to benefiting all stakeholders.”

She has advised the U.S. Office of Technology Assessment, National Academy of Engineering and National Science Foundation. She founded the EthicMark® Awards for Advertising, created the Green Transition Scoreboard® and the Principles of Ethical Biomimicry Finance®.

In 2012, she received the Reuters Award for Outstanding Contribution to ESG & Investing at TBLI Europe; was inducted into the International Society of Sustainability Professionals Hall of Fame in 2013, and in 2014 was again honored as a “Top 100 Thought Leader in Trustworthy Business Behavior” by Trust Across America.